Why You Should Never Hire A Cheap Plumber? 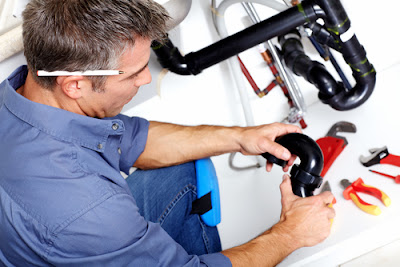 Why You Should Never Hire A Cheap Plumber?
Plumbing is considered to be a vital aspect in any of the project revolving home improvements. This is one area that could give the owner a severe headache, in case if the plumbing is messed. It is unimaginable for a family to even think of living without water for a single day, as it is bound to create havoc in the daily routine. This is the reason why a good and professional plumber is to be hired to sort all the issues related to plumbing.

Plumbing – An important work
There could be many possibilities that could lead to a mess in plumbing, such as clogged shower head, clogged sink, shower leaks, damaged water heaters, cracked or broken pipes, or just anything else. From the outside, the situation might seem trivial, but on viewing the issue on a magnified scale, it would appear huge.

To save money, most of the owners tend to work the issues on their own or call up local people who are not experts on the subject to solve the issues. What these owners do not realize is that solving the issues temporarily would not solve the problem. There could be any type of leak that would not only be messy, but also harmful for the entire family. It could lead to growth of germs and unwanted diseases that might affect the beloved ones.

Why not to hire cheap plumbers?
Hiring a plumber without any expertise or knowledge on plumbing would prove to be a disaster as the work done by them will not last long or they might just end up worsening the situation than ever before. This would not increase the headache of the owner and at the same time, there are chances that the neighborhood might be disturbed with the situation. It will look awfully dreadful and messy.

Furthermore, the local so called plumbers could do fly by night jobs and would not understand the problems in the first place, as they do not have expertise, unlike the professionals. They also do not possess a valid license or cannot guarantee the owner a work that would be of quality and satisfying. Qualified and certified plumbers have their very own insurance.

Hence, if any accident happens to them during work, the owner does not have to bear the responsibility, as the professionals are covered by the insurance companies. One important thing that needs to be known by a plumber is the building code as it is regulated by the government and every house is to follow the code while constructing. A local cheap plumber will not know these minute details and would not adhere to these as he does not possess proper knowledge of it and might end up in doing something that would put the owner in a fix with the government later.

The price offered by the local plumber might be much less, this is because he is not a professional and just interested to earn some extra bucks. They also might use materials and parts during plumbing that could be of substandard quality and will not last long. If you are unsure, go for reputable plumbing company.